The climate is continental with cold winters and warm / hot summers. The average yearly temperature is 9.2 degrees Celsius. Temperature ranges from –3º C in January to 22º C in July. From May to September it tends to be sunny and warm with occasional rains.
Prague is extremely beautiful when covered in snow, although you will need appropriate clothes and do as natives do: have a glass of hot whine to shake the cold off! 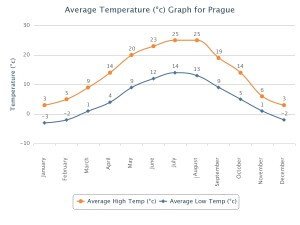 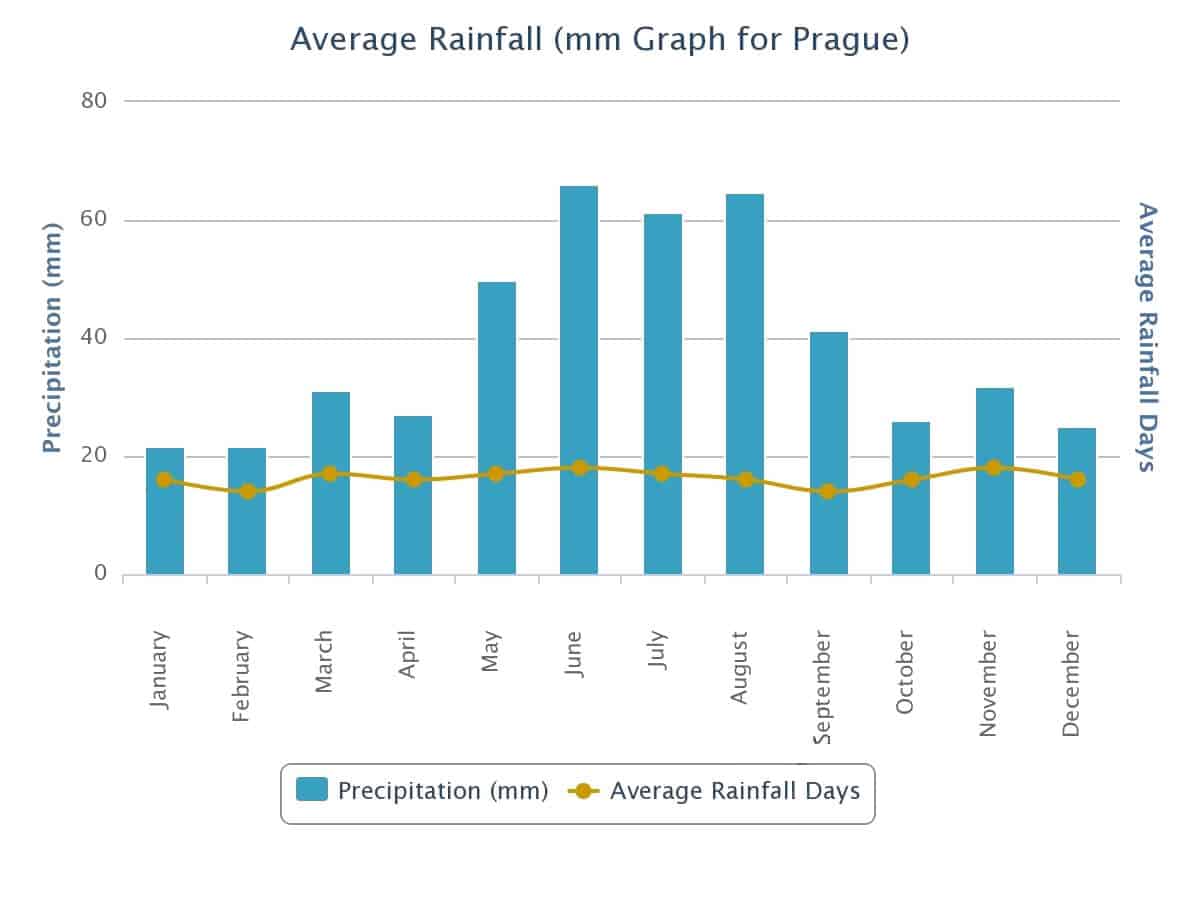 Summer comes to Prague in June and ends in August. The average temperature high ranges between 20 degrees Celsius and 23 degrees Celsius with night time lows that average between 10 and 11 degrees Celsius. The summer months may be the hottest months in Prague but they are also the wettest months with between 60mm and 80mm of rain falling each month during the summer.

Please login and add some widgets to this widget area.

In the Heart of Europe